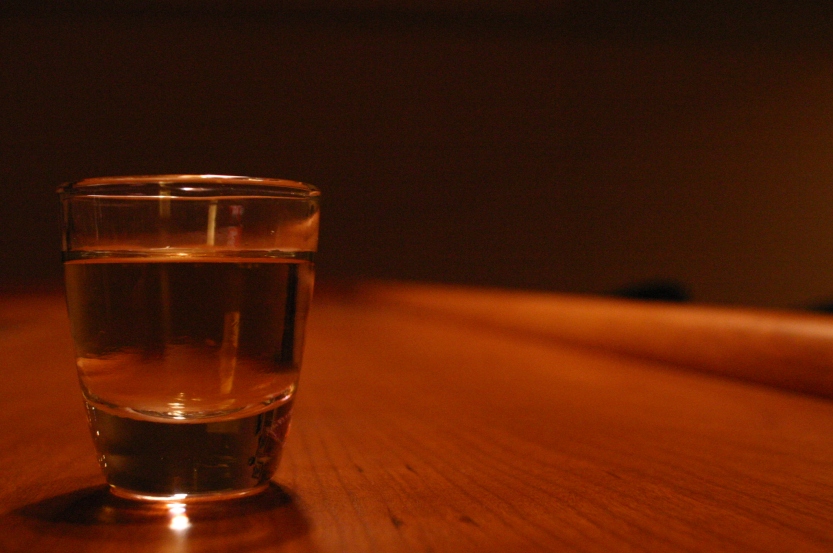 As Alice walked out the door, Phillip, the artist Charlii recognized from earlier in the evening, entered. When he left the bar, he sprang up the steps and dashed out the door in pursuit of Lilla, the love of his life,  betrayed by his unkind words. The Phillip who entered wore his face as long as his black hair.

The rain had started up again, and water rolled out of his hair and down his back, peddling behind him. He sat at the bar, near enough to Charlii for her to see the tears mixed with rain on his cheeks.

“Balder,” said Phillip without echo or bravo. “A drink for the weary. I’ve too much to do for regrets.”

Charlii watched Balder pour a smokey, amber liquid into a glass and set it before Phillip.

“That’s not my absinthe,” said Phillip. “I must have my absinthe to work. Pour me a proper drink.”

Balder shook his head. “You claim the green fairy for your art but not for yourself. If you dance with her too long, you’ll lose yourself on fairy wings and see nothing through the haze. Slow down, indulge, let your past catch up to your memories to hope for tomorrow. The fairy in this Anejo Tequila didn’t dance alone to be born. She waited and watched with care mixing flavor and age. Do the same, Phillip.”

Phillip’s lips formed a smirk, but before he could speak, Lilla opened the door and walked down the stairs to stand beside him.

Phillip held the glass in his hand but did not move or speak.

“I heard you calling for me,” Lilla said and pulled her raincoat off. “I was a coward not to stop and give you a chance – but you hurt me. I’m ready if want to talk.”

Phillip took Lilla’s arm and led her to a table.

Balder followed with a tray carrying two glasses of Tequila. He placed them on the table in front of the couple. “Take your time. You have a lifetime.”

Charlii watched as hands clasped around glasses instead of each other. Their heads bowed, Charlii watched  lips move with care. She heard nothing. When Balder returned, she asked, “What do you think, Balder? Will she take him back?”

Phillip’s lips touched the rim of his glass. He sipped, sighed, and set the glass down.

“He’s learning to slow down and listen,” said Balder, and then he sighed and walked away from her.